The month of March is commemorated as Women’s History Month which is acknowledged by the United States, the United Kingdom, and Australia. This yearly tradition of honoring the contributions of women in society started in 1908. In New York City, thousands of women fought for the right to vote and improve their working conditions. Now, in recent years, women around the world continue to fight for basic rights such as fair and just pay, safety from violence, freedom from discriminatory practices and even being regarded with respect and dignity.

Here at UGro Gashee, our efforts to understand the natural world led us to an awakened understanding of the deeply honored and revered place that the Universe holds for the Divine Feminine principle. Women inherently possess uniquely beautiful qualities whose expression matters for our world.  We believe this is part of Nature’s intelligent design.

To us, Women’s History Month represents far more than just celebrating the accomplishments of women.  As a brand, we believe in the power of going back to our roots. By doing so, we were able to bring forth the plant-based knowledge of our ancestors and combine this with modern science to create our line of truly natural hair wellness products.  Going back to our roots also involves paying respect to the long line of women who came before us.

The Divine Feminine Before the Birth of Modern Western Society

We currently live in a world where men tend to hold the top positions in government, business organizations, science, technology, and entertainment. According to the World’s Women (2015), “Women spend at least twice as much time as men on domestic work, and when all work – (paid and unpaid) – is considered, women work longer hours than men.” And according to World Bank (2018),  “Over 2.7 billion women don’t have the same work opportunities as men, with laws restricting the types of jobs they can do.”

The relegated position of women in today’s society may in part be influenced by the arguably patriarchal structure of the Abrahamic religions (i.e Judaism, Chrsitianinty and Islam) together for the dominant faiths of the world . Prior to all of this, humans were free to follow more of their innate wisdom and guidance. In many societies in antiquity, the search for wholeness with nature through spirituality led them to revere and worship powerful feminine archetypes in the form of goddesses.

Let us travel back in time to the beginnings of history. 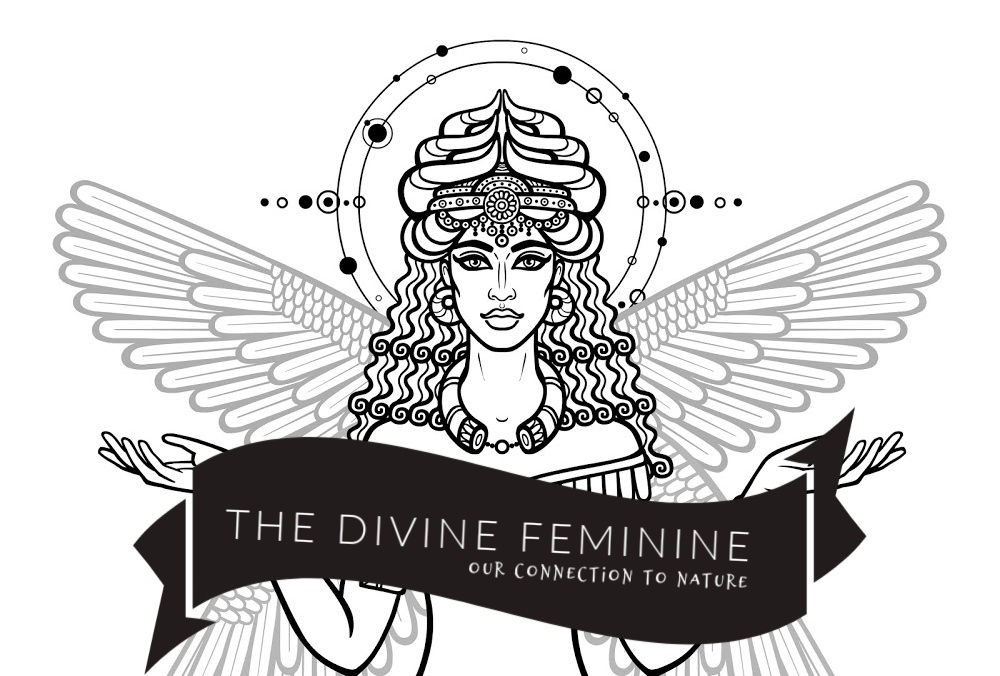 According to scholars, ancient Mesopotamia was the birthplace of humanity’s earliest civilization. The Sumerians and Babylonians revered an archetype known as the Queen of Heaven, also referred to as Ishtar or Innana. Later historical accounts reveal many closely related overlaps between this archetype and other goddesses, such as Isis from ancient Egypt and Aphrodite/Venus from Greece and Rome. Often a conquered people or civilization would simply rename their spiritual archetypes with those of the conquerors vice versa. Many scholars believe that the Mary of Abrahamic tradition is a continuation of the Queen of Heaven mythology that existed the middle east long before Judaism came to be.

The goddesses queens of antiquity inspired and raised societies, fought and led revolutions, and were never questioned on whether they were qualified to do so. In ancient Egypt.  the pharaohs mediated between the divine and mortal men. In the afterlife, they would then pass on their sacred powers to the new human Pharoah.

Interestingly, in ancient Egypt, a woman named Hatshepsut became a Pharoah, a role that had traditionally been assumed by men. During the time of her leadership, she focused less on war and territorial conquests, while placing greater emphasis on politics and economic advancement through trade.

In ancient time, the role of women in many societies was an honorable one. Our ancestors recognize that females are the bringers of life. They are also the nurturers of the home and family environment.  How society evolves and progresses depends on these roles.

Female History Makers Around the World

Beyond basic household duties, history shows a long list of many courageous women who made exceptional contributions to medicine, government, literature, and many other aspects of our modern world.

Joan of Arc was a French peasant girl who received a rallied and inspired a french army that was facing imminent defeat against the British. In 1429 she led the French army to victory against English soldiers in Orleans, during the Hundred Year’s War.

As a Hausa warrior queen and Muslim, Queen Amina was regarded as a monarch, superior to males. She ruled over Zazzau (now known as Zaria in northwest Nigeria). During her reign, she helped her kingdom gain enormous wealth through commerce. She also expanded the borders of the Hausa people.

Born into slavery, Harriet Tubman escaped and helped other slaves gain freedom as the leader of the Underground Railroad, a network of whites and blacks who provided aid and shelter. She was regarded as the “Moses of her people.” She also aided the union army’s victory during the civil war.

Known as the woman “who ushered in modern China,” Empress Dowager Cixi led a series of projects to upgrade the business, economic and cultural infrastructure of China. Her efforts included the introduction of Western advancements such as electricity, telegraph communication, an internationally compatible monetary system, and coal mining.

As the daughter of Jawaharlal Nehru who helped lead India’s fight for independence from British rulership, Indira Gandi devoted her career to politics. She became India’s first and only female prime minister to date. With a long career, she is regarded as the strongest Prime Minister to hold office in India.

And the inexhaustible list goes on….At Dr.UGro Gashee, we pay tribute to these brave female trailblazers from history as well as the amazing women of today who are breaking new grounds and serving as role models for young girls.

Celebrate the Divine Feminine In You

Throughout history, and even the world as it is today, humanity has placed great importance on the inner qualities associated with males and masculinity. At the same time, we’ve downplayed the female counterpart of our consciousness which compliments the male aspect of ourselves and our shared collective.

The inner Divine Feminine is not just inherent to women. In fact, all of us have both male and female qualities down to the level of our genes.

BIOLOGICAL EVIDENCE OF DUALITY: At chromosomal level, the male sex is determined by a dual combination of X and Y (X for female and Y for male). As a matter of fact, absent the influence of male hormones during gestation all babies are borne with a female phenotype.

DUALITY IN PSYCHOLOGY: While the masculine archetype is associated with domination, control, linear conscious thought, and extroversion, the feminine is associated with the gentle power of quietude, inner encouragement, creativity, beauty, intuition, and healing.

At Dr.UGro Gashee, we recognize that these are the very attributes embodied by the side of Nature that we consider beautiful. These qualities deserve greater attention and importance in our lives.

In the course of our busy daily existence focused on work and getting ahead, we can restore wholeness and balance to our lives by reflecting on who we are, where we’ve been and the story we are creating moving forward. We can also use these moments to take better care of ourselves mentally, emotionally, and physically through mindful self-care practices.

This Women’s History Month, take some time to learn more about the female heroines from our past, as well as our present. Which of these women inspires you the most? And last, but not least, start creating a balanced harmony between both the masculine and feminine aspects within you.