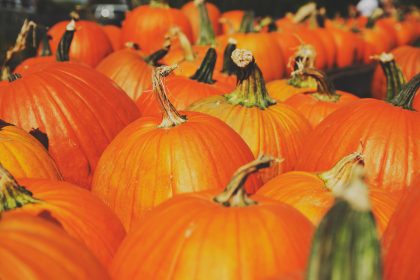 Pumpkin seed oil is produced by roasting the seeds and then pressing them to extract the oil. Aside from culinary uses, the oil is recognized for a wide range of health benefits, including diabetes, anxiety, and cancer. Even the World Health Organization recommends the consumption of pumpkin seeds as a rich, viable source of zinc. Pumpkin seed oil has potent antioxidant properties as well as an abundance of vitamins, minerals, and fatty acids. Is it possible that pumpkin seed oil for hair can actually produce real benefits? Here is what scientists are finding 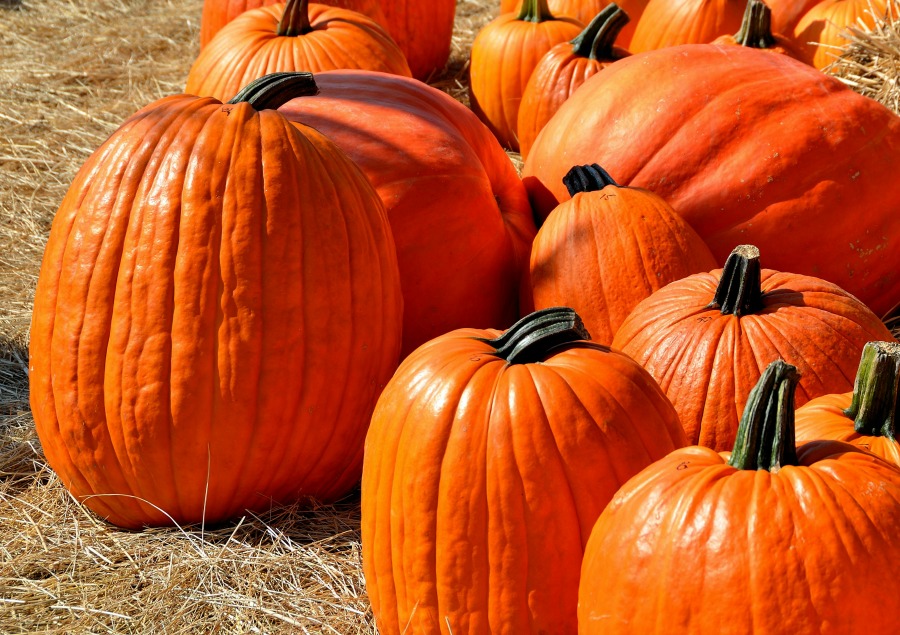 A group of researchers at Pusan National University in South Korea studied the use of pumpkin seed oil in men with male pattern baldness. One of the general goals of their experiment was to see if pumpkin oil could provide a safer and more natural alternative to synthetic drugs for hair loss.

Seventy-six male participants, ages 18-65, with moderate degrees of hair loss took part in this research. They were diagnosed with levels Norwood 2-5. The subjects were asked to stop taking any type of drugs or supplements for treating their baldness for three months.

The researchers divided the participants into two groups. One group was given a placebo containing sweet potato starch. Members of the other group were given oral gel capsules containing 400mg of pumpkin seed oil. They were instructed to take two capsules in the morning and two in the evening before their meals.

Does Pumpkin Seed Oil for the Hair Work?

The researchers followed up with the subjects at three months and again at six months to see if hair growth resulted from the pumpkin seed oil treatment protocol. They used three methods of assessing improvements.

2. Measuring the span of the bald regions

The researchers used a technology referred to as phototrichography which takes photos of the bald areas and provides measurements from the central. This method helps to objectively quantify the areas of hair loss.

3. Visual self-evaluations by the participants

The participants themselves were asked to rate their hair growth using the visual analogue scale (VAS). 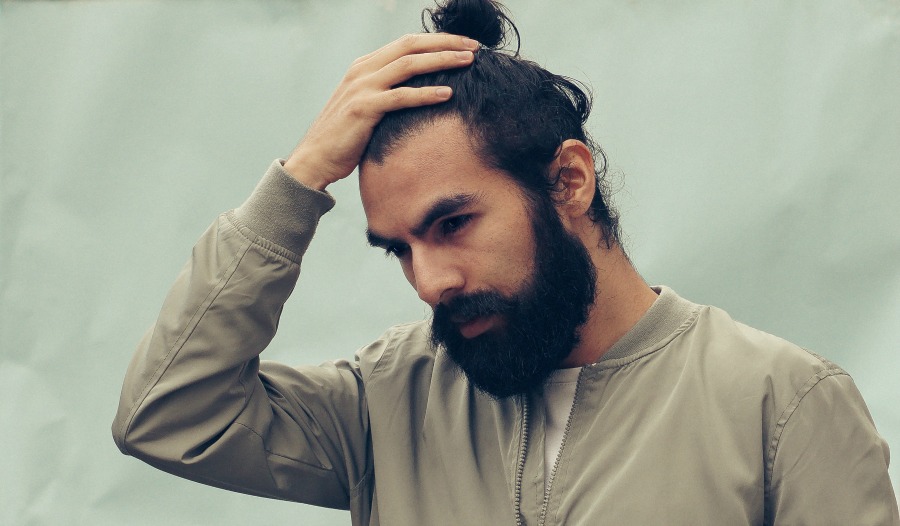 Based on the three methods of assessing hair growth changes, the researchers at Pusan found that treatment with pumpkin seed oil significantly outperformed the placebo.

The scientists noted the following percentages in the subjects who took the pumpkin seed oil capsules:

The placebo group produced these results:

How Does Pumpkin Seed Oil for Hair Actually Work? 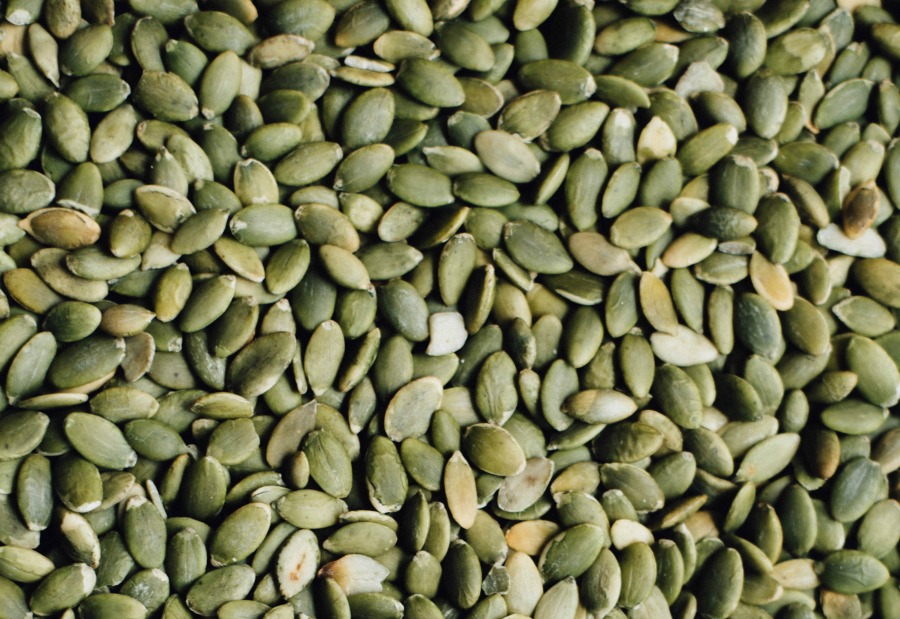 Pumpkin seed oil contains high concentrations of phytosterol beta-sitosterol. This compound is able to block the 5-alpha-reductase enzyme which prevents testosterone from breaking down into a byproduct called DHT.

Because of their genetics, men with androgenic alopecia are born with hair follicles that have sensitive DHT protein receptors. The binding of DHT to these structures will prompt a chain reaction that causes the follicles to miniaturize.

When pumpkin seed oil is taken orally, it undergoes numerous processes that involve the digestive and circulatory system before it reaches the hair follicles. It may be possible to produce a more direct effect by topically applying pumpkin seed oil to the scalp. In order for topical treatments to work, it is important that their active ingredients reach deeper skin layers. The use of natural skin penetration enhancers can potentially help improve the effectiveness of topical agents. Further studies are needed to further evaluate the topical use of pumpkin seed oil to treat hair loss.

Pumpkin seed oil for hair loss has received some support based on the findings of the Pusan University study. However, further research is needed before it can actually be regarded as an official treatment for baldness. It should also be noted that the participants of the pumpkin oil study were diagnosed as Norwood 2 stages up to Norwood 5. Usually, earlier hair loss levels have a greater potential for experiencing improvements. This is because the follicles have not completely miniaturized. And it may be possible to restore their hair growing processes.

Additional research is needed to see if pumpkin seed oil may be more effective for milder forms of hair loss, compared to mid-stage cases.

If I am wondering how to use pumpkin seed oil for hair loss, should I consider applying it to my scalp or taking it in capsule form?

If you are interested in taking pumpkin seed oil, you should do so with the intent of improving your general health. Although the Pusan study notes positive findings, pumpkin seed oil has yet to be officially considered as a bona fide treatment for hair loss.

Applying pumpkin seed oil directly to the scalp is not likely to produce any significant improvements in your hair loss condition without the use of an enhancer to improve skin penetration. It would be important to formulate the right balance which would not be feasible through simple DIY approaches.

Understand the difference between real eco-friendliness and greenwashing

Educate yourself on what can and cannot be recycled

How to green your beauty routine 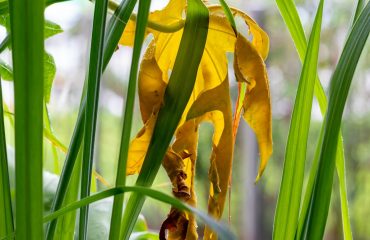 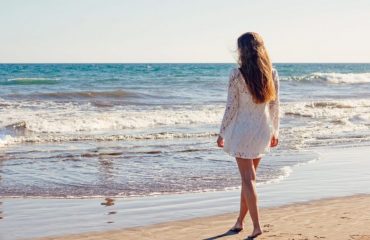 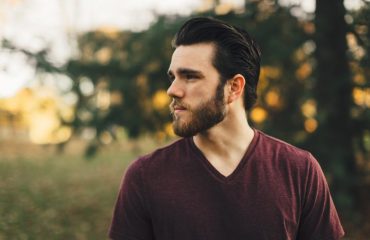