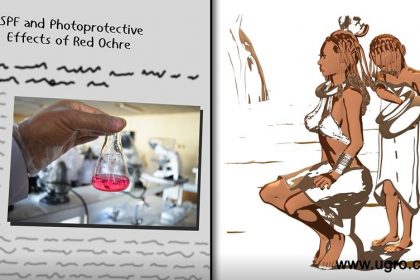 Red Ochre as a Skin and Hair Sunblock an Old Himba Discovery: Circa 1800s, when the colonialists began “exploring” the harsh Namib desert, they were shocked to discover that there are people who call it home. Coming across the Himba residents of the area, they considered the red skin coating of their skin a primitive cultural curiosity. This was when the west had no concept of the damaging effects of the sun let alone the role of sun blocks and sun screens. The colonialists went about doing what colonialists do in the process succumbing to the ravages of the sun while the Himba went about their business with their skins ever youthful and their hairs ever so vibrant. Centuries later, modern science finally figured out what the Himba knew for centuries, that the key to surviving the harsh UV rays of the sun is to utilize nature derived skin and hair sunscreens.

VIDEO: THE SCIENCE OF SKIN AND HAIR SUN-PROTECTION THAT THE HIMBA ALWAYS KNEW

Centuries later; western scientists have convinced the world that sunbathing and coating the skin with olive oil to soak up the sun actually kills. After proving this with facts and figures, the world listened and sunblock and sun screens became all the rage. Circa 2015, scientist studied the red ochre coating of the skin by the Himba, only to discover it is chock-full of ferrous oxide which is a very potent sun block! Still think the Himba are a primitive cultural curiosity?

The Namib desert has one of the harshest climates on the planet. But the Himba people call it home. So why is their skin ageless and their hair ever so elegant? Centuries ago, the Himba developed a curious tradition: a daily routine of coating their skin and hair with red ochre. Only recently, scientists have discovered that red ochre is an effective natural skin and hair sunblock. Apparently, the Himba always knew! 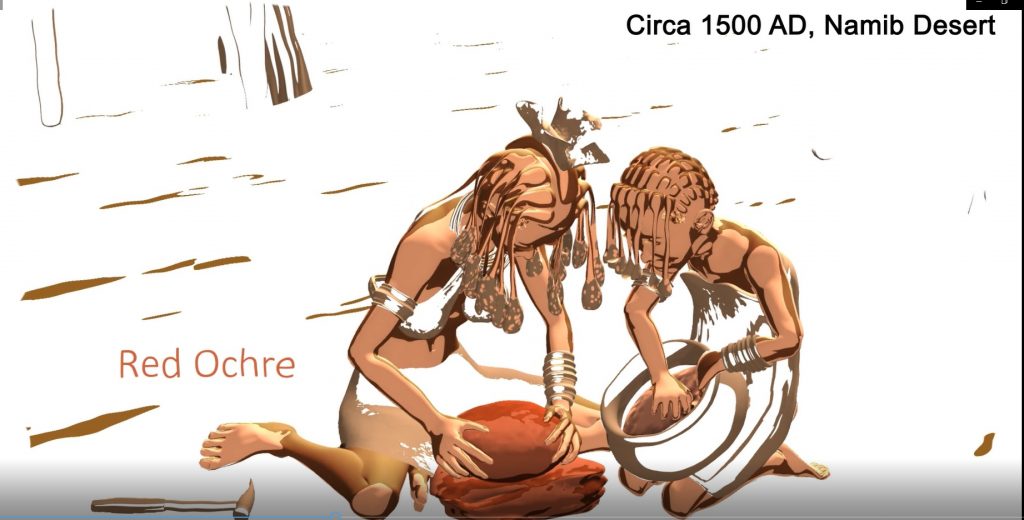 More direct evidence of ochre’s functional application is found in the present-day Himba where its men, women and children combine red ochre clay, butter, and fat to create a paste called otjize.

Ochre is a mixture of clay and sand that owes its redness to its ferric oxide which in natural form is called hematite. Ochre ranges in color from yellow to red. When ochre is rich in hematite, it is red and is called “Red Ochre.” Archaeology has unearthed evidence of use of ochre dating back to hundreds of millennia by Neanderthals and early humans. It has been used as as a paint pigment in the earliest forms of work of art on cave and rock paintings. Moreover, it was used for ceremonies and bodily adornments for the purpose of beauty, status and self-expression.

More direct evidence of ochre’s functional application is found in the present-day Himba where its men, women and children combine red ochre clay, butter, and fat to create a paste called otjize. Sometimes, they give the paste an aromatic resin scent before coating their skin and hair with it each morning. They believe the mixture will protect them against the harsh desert sun by acting as natural skin and hair sunblock. In fact, works done centuries later by modern scientist confirmed the value of red ochre as an effective skin and hair sunscreen.

While other indigenous cultures have used ochre for decorative purposes and artwork, the Himba are the only living proof of an indigenous culture engaged in the active use of the substance for its photoprotective purposes (1). This may explain how generations of the Himba have survived the harsh climate of the Namib desert. This practice is living proof that for hundreds of years, long before western civilization realized the need for sun protection, the Himba had already figured it out.

There is a historical narrative that suggests another indigenous tribe in Australia called the Noongar may have used red ochre for sun protection. (2) Indeed the wider role of ochre in the evolution of humans is a subject of discussion, with many scholars linking ochre to mankind’s ability to spread across the globe from its origin in the rift valleys of Africa. (3) 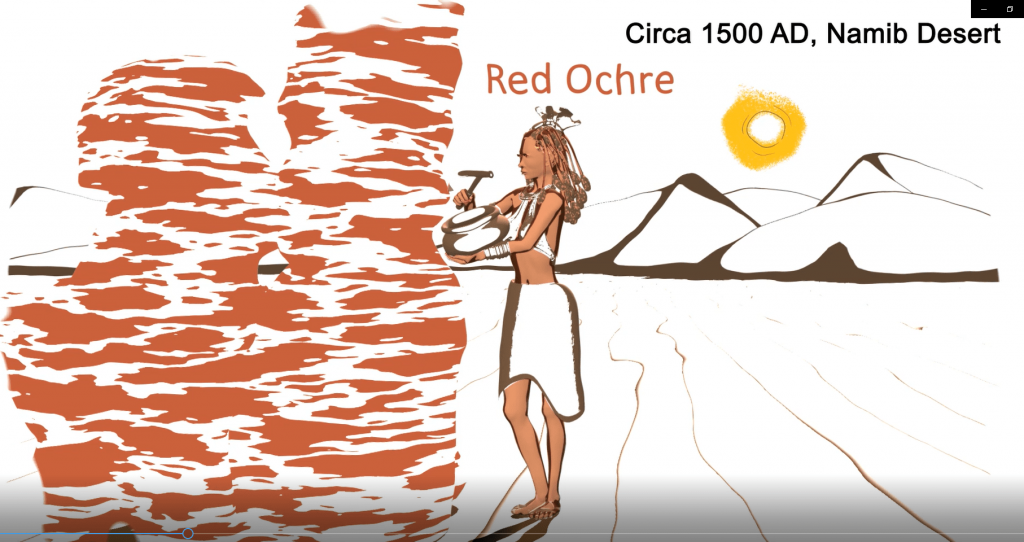 Who Are the Himba

The Himba are an indegenous tribe of about 20,000 to 50,000 people that live in the Northern Region of Namibia, in the Kunene Region (formerly Kaokoland). They are pasturalists typically living of their herds of cattle and goats. Women typically take on the more labor-intensive roles in the village than men. These roles include carrying water to the village, building homes, and milking cows. As the working sect of the population, the women are also responsible for mining red ochre from the rocks. They then return home to transform it into otjize with the help of their young ones. They then take turns rubbing it on each other’s skin and hair. The women tend to apply thicker layers than their male counterparts. This may be the reason why their skin appears relatively younger in comparison to their male counterparts. 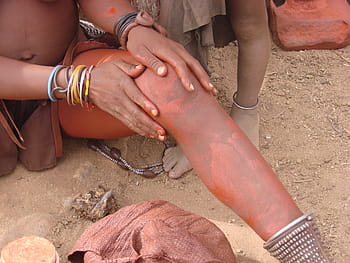 A Himba villager rubs ochre on his skin

All About the Namib Desert

Africa’s Namib Desert has a name that means “place of no people” in the local Khoikhoi language–and for a good reason. It’s a 55-million-year-old expanse where brave explorers will find little water, desolate sand dunes, spiky mountains, and only a handful of dry riverbeds. The Namib takes the cake as the world’s most ancient desert, and it’s also a contender for the world’s driest (4). Yearly rainfall can range from 85mm in the west to just 2mm in the east. Plants and animals can still survive with the help of a thick fog that covers the area and permeates it with a hydrating dew. The rivers also act as a water source, although the beds might appear depleted at first glance. Despite this, permanent underground water flow creates linear “oases” on top. 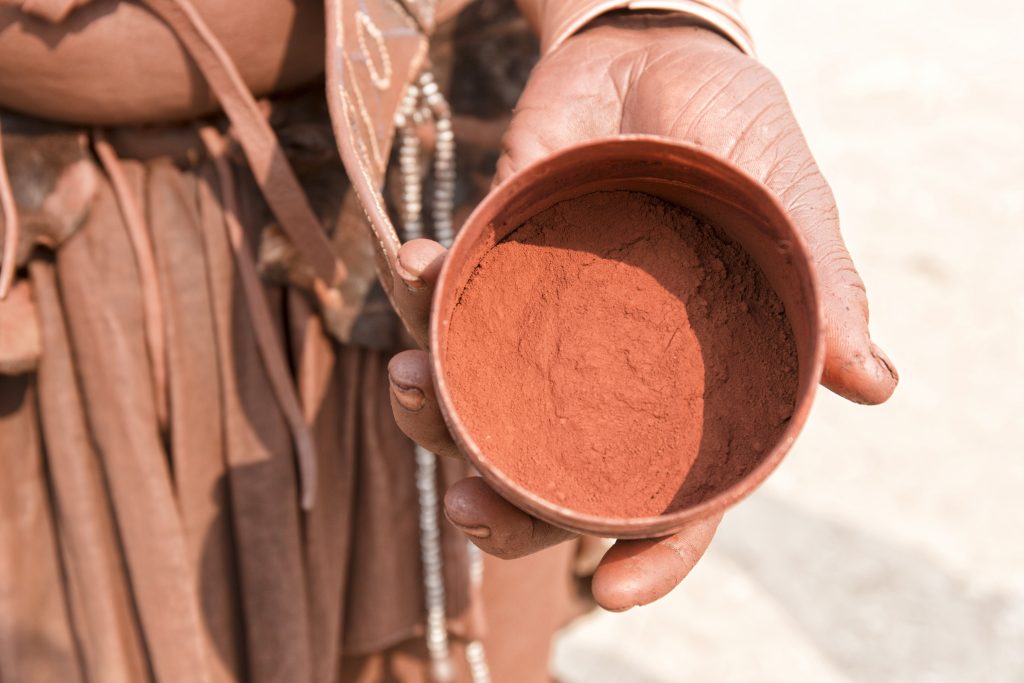 Benefits of Red Ochre as a Skin and Hair Sunblock

Modern science is only recently catching up to a revelation about skin protection the Himba have had for generations. Present-day scientists have determined that even modern sunblocks and sunscreens are more effective when pigmented blockers such as ferrous oxide (the active ingredient in ochre) are added (5). In 2015, a scientific study found that red ochre does have the ability to protect human skin from the sun’s effects. The researchers found that the higher the iron oxide content and the smaller the grain sizes, the more photoprotective capacity (SPF) ochre will have. They analyzed three broad groups of samples with different grain sizes, including very fine powders, fine powders, and coarse powders. Of the samples collected, researchers found that the Himba’s ochre contained the most iron oxides. This high iron oxide content is likely the secret behind the Himba’s ages-old practice of coating their skin and scalps with the stuff.

How the Himba Counted on Nature for Solutions

The Himba’s affinity for natural remedies doesn’t stop at sunblock. They’ve also created a substitute for deodorant that’s completely natural and über potent (6). To keep their armpits and private areas smelling fresh, the Himba women collect specific herbs and tree resins and burn them over fires as incense. Next, they pass the burning incense around, and each woman places it beneath her open armpit and private areas. Then, the incense falls directly on those areas to maintain a fresh scent. Move over, Gwyneth Paltrow! Chemicals used in deodorants have come under scrutiny in recent years. So, it’s safe to say that the resourceful minds of the Himba got it right a very long time ago.

The Benefit of Using a Hair Sunscreen

It’s no secret that the skin needs to be protected from the sun using SPF. But more might be unaware of the fact that the sun’s harsh UV rays have the potential to damage hair as well. Therefore, natural hair sunblock is certainly ideal. UV rays have the ability to put forth free radicals from regular oxygen molecules on the skin, leading to a loss of electrons as well as instability. Next, the rays target other molecules to gain electrons and regain stability. This causes a chain reaction that damages tissue structures beneath the skin. As a result, the hair follicles take on a negative effect and end up shedding hair. Moreover, UV rays can harm chemical bonds in the cuticle (outer layer) and the cortex (center) of the hair shafts. These structural changes can lead to breakage, dryness and frizzy hair. With all things considered, it’s wise to invest in a good hair sunscreen. And not just any hair sunblock will do. It’s important to get a hair sunscreen specifically formulated for your roots. In conclusion, the Himba not only realized the importance of using sunblocks for skin protection—they discovered it would benefit hair health as well long ago. 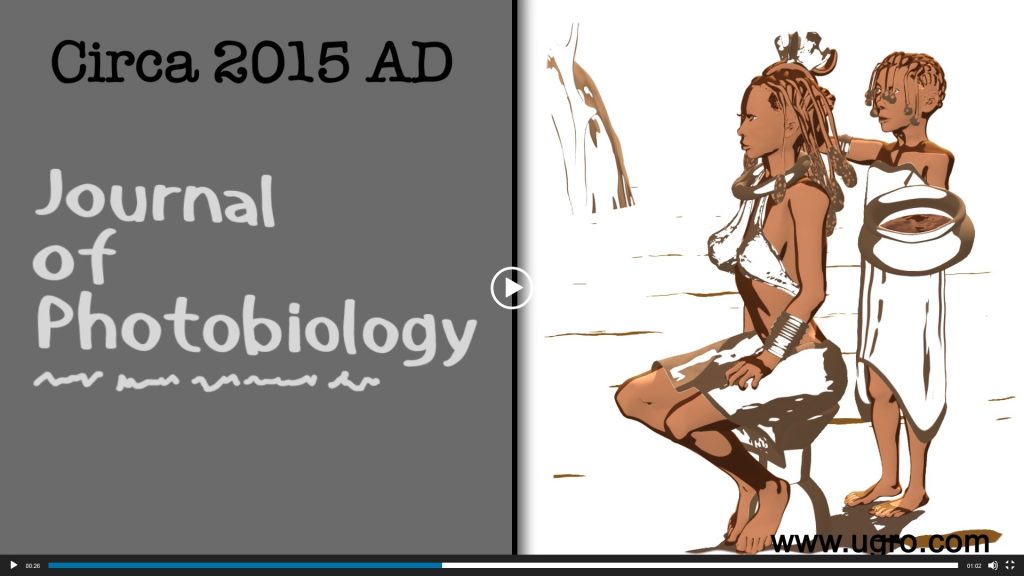 For their hair health, the Himba of Namibia have used red ochre on the hair for centuries as a hair sunblock and hair sunscreen

Although Dr.UGro Gashee does not contain red ochre, we pay homage to the Himba for using methods adopted from their ancestors to meet the challenges posed by the harsh desert sun to their skin and hair well being. We credit them for being among the first to discovery and utilize skin and hair sunscreens for UV protection. 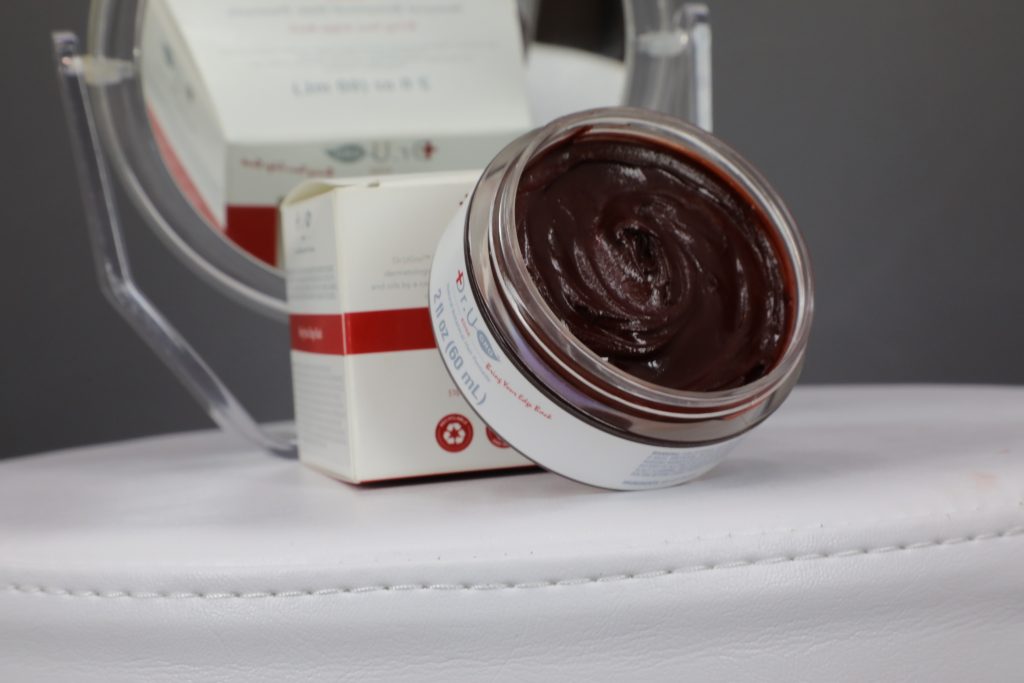 Dr.UGro Gashee Edge Pomade: The Cool Spice version is red in color not from ochre 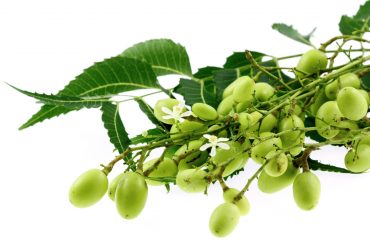 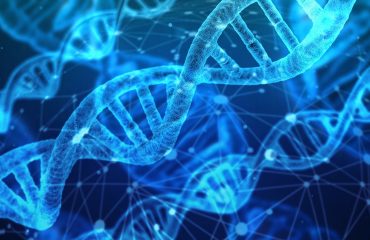 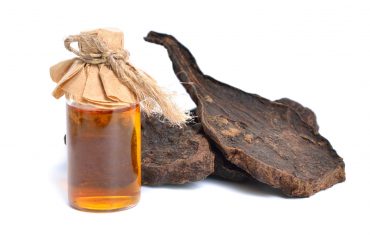